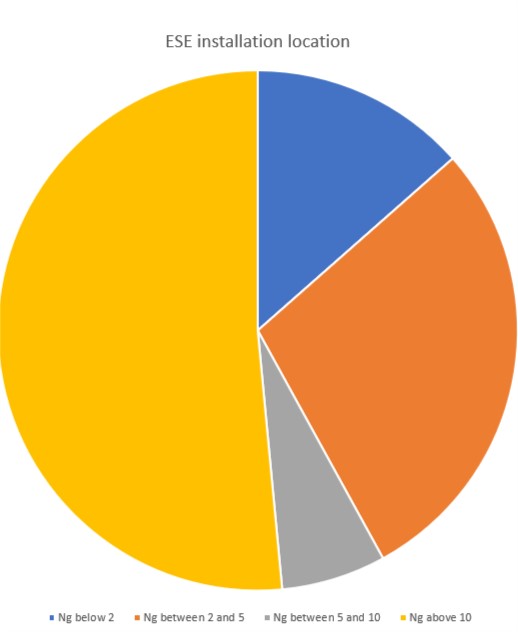 Fundamental and applied research, test procedures, experimentation, prototyping … these phases are absolutely vital for every type of industries, prior to a product launch. But a product success, ie. its actual use in the said industry, relies on the field experience. As an example, a five-stars crash test result represents a nice promotional benefit for a new car. But it won’t make the success of this model. Its success is rather based on long term experience: reliability, safety, used-car valuation etc…. The Lightning protection industry follows the same path: Early Streamer Emission air terminals (ESE) are tested, certified, designed by engineers having studied in detail the lightning phenomenon. But what made the success of this advanced technology for the last 35 years is the users experience. Its reliability proven track record is the most key decision-making factor. Based on the International Lightning Protection Association data collected in 2020, 51.50% of the ESE rods are installed in regions where the lightning density Ng (number of discharge / year / km²) is higher than 10, which are the high lightning-prone areas in the world. As a comparison, northern European countries have a Ng value below 2. Ng (Discharge/km²/year) less than 2 2 to 5 5 to 10 more than 10 WORLDWIDE Average % of ESE 13,50% 28,50% 6,50% 51,50%     It illustrates both the reliability and the withstanding capabilities of these rods: Reliability since the protection of the structures and occupants is in line with the standards models. The Mega Jati survey conducted in Malaysia has proven that the statistics are equal or even lower for ESE rods vs Meshed Cage design in terms of damage occurrence. Withstanding capabilities because in such high lightning density regions, the probability for the air terminals to withstand several discharges is extremely high. The rods are designed to maintain the same level of safety, even if they are regularly stuck by lightning. Moreover, ILPA, in a study, has shown that the number of ESE installed worldwide during the 25 first years of ESE existence, is estimated above 500 000 units. By a simple rule of 3, we can extrapolate that much more than 700 000 units are now installed. And according to the statistics above it means that about 350 000 units are installed in high density areas… To conclude, lightning remains a natural phenomenon. Mother Nature remains therefore the ultimate test for lightning protection systems. All the statistics available confirm the Early Streamer Emission air terminals capability to successfully pass this test.  ... 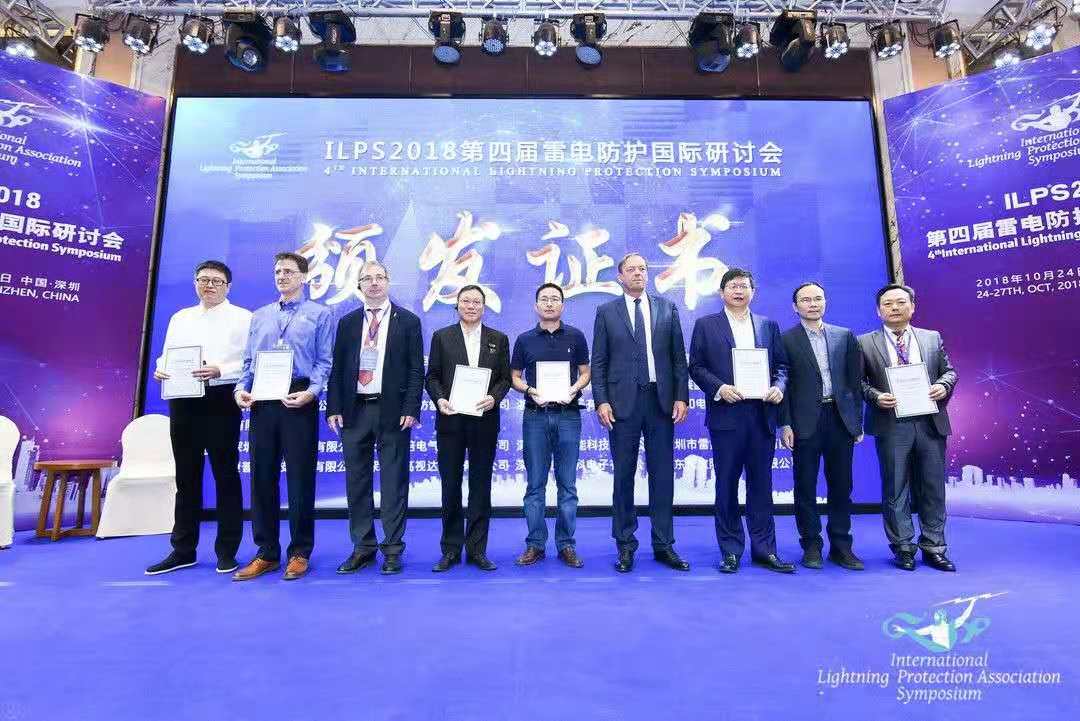 The 2018 International Lightning Protection Symposium in Shenzhen, China has encountered a massive success. Thanks to the perfect organization of ILPA partners in China, it offers a unique opportunity to the scientific community to meet and exchange: high quality papers have been presented and during two days, experts met, exchanged ideas and practices, discovered other research teams experimental set up and findings ... 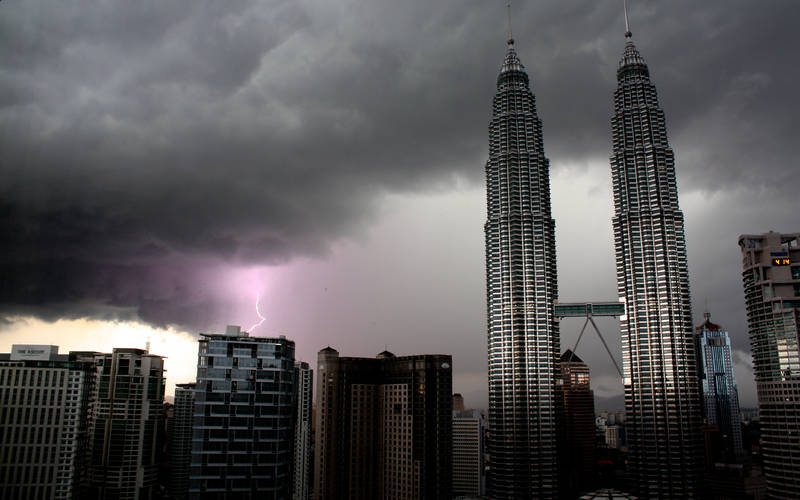 Lightning Protection experts are opposing for more than three decades the traditional Benjamin Franklin lightning rod to the recent Early Streamer Emission lightning protection systems. Every lightning-dedicated conference, every incident, every new standard release is a new opportunity for a new dispute. One or another "expert" will use this new event either to blame the "adverse" technology of not performing; or to declare his full endorsement of t atechnology that it is supposed to be definitely more performant. Such debates are useless. Those are biased, no one will ever admit the other technology of having advantages, no "expert" will ever change his mind, whatever evidences are produced. We are not taking science here, we are taking politics. Malaysia Energy Commission (Suruhanjaya Tenaga) made a very healthy decision in 2016: appointing an independant company (Mega Jati Sdn Bhd) to conduct a survey. Not an assessment of the technologies or products, but a survey on the existing LPS in Malaysia. 416 buildings have been surveyed, asking owners/operators questions about the lightning protection system installed, the occurence of accidents etc... 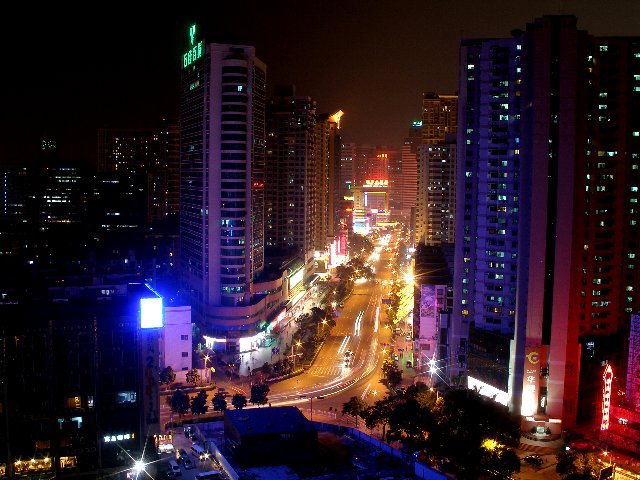 After various editions in Chamonix or Porto, ILPA is glad to announce that  the next symposium ILPS 2018 will take place in the nice city of SHENZHEN in CHINA  on 25 and 26 October 2018. The ILPS2018 will be organized by ILPA in conjunction with the Shenzhen lightning protection association and the Shanghai lightning protection Center. The conference will take place in the Wanyue Grand Skylight Hotel Shenzhen. The program of the conference will soon be introduced. Do not forget to book in your agenda 25 and 26 October 2018 ! In the meantime, you can check out the official ILPS 2018....